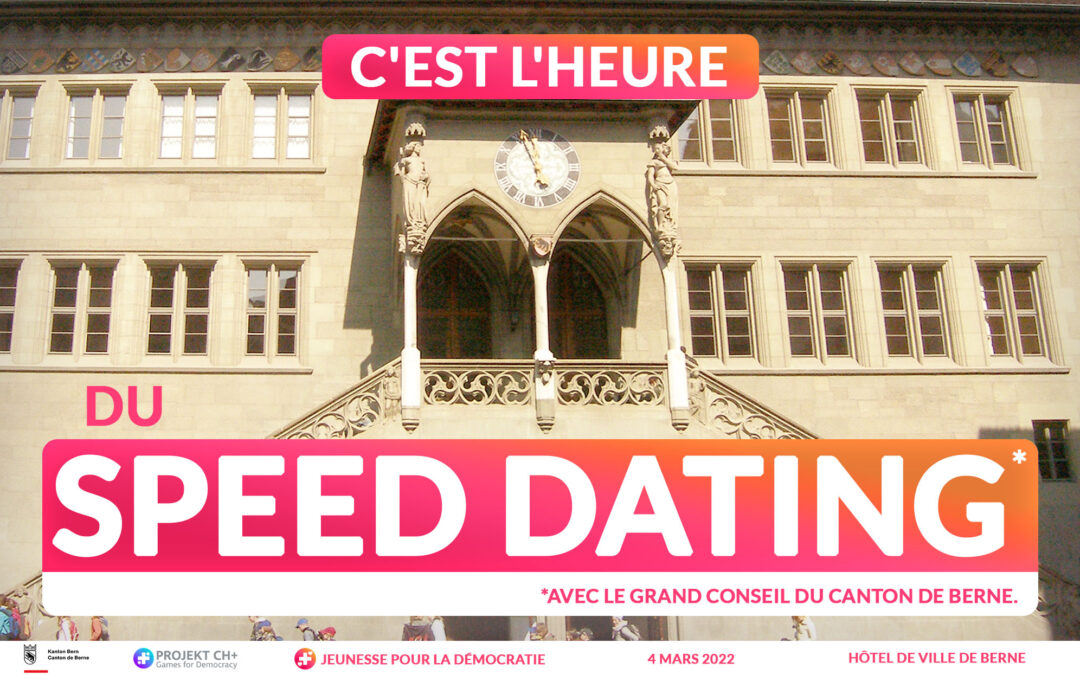 After focusing on the development of digital election aids since 2019, we were able to hold our first live event on 4 March. In the City Hall of the Canton of Bern, three school classes of secondary level 2 had the opportunity to get to know acting members of the Grand Council in a speed dating.

In addition to the speed dates with the parliamentarians, our guests were also able to get to know various projects in the field of youth and democracy education. At a project market, our friends from Discuss it, the DSJ, the Campus for Democracy, the Youth Parliament Bern and „Bärn, c’est nous“ were represented. In addition to the speed dating and the project market, we held two idea exchanges at the event, which we are now incorporating into the further development of our election aid.

Due to the current situation, it was strongly advised to wear face masks.

To the press release of the Grand Council (FR)